The CPA was registered as a charity on 22 October 1971 (registration number 263147) under the laws of the United Kingdom. Its principal office is located at the Commonwealth Parliamentary Association, CPA Headquarters Secretariat in London, United Kingdom.

The current membership is made up of over 180 national, state, provincial and territorial Parliaments or Branches in 54 countries of the Commonwealth. 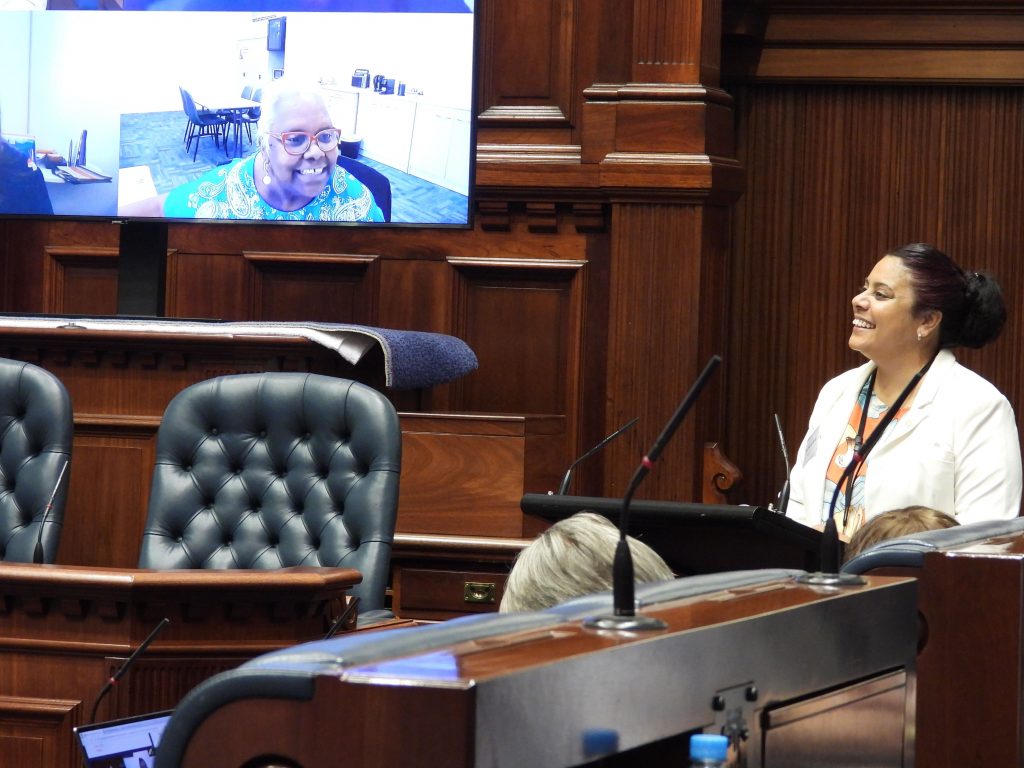 The Conference was delivered in person and online with 14 delegates and 5 observers while 27 delegates attended virtually, along with 5 observers.

The theme “Parliaments, People and Pandemics” was topical and broad and allowed participants an opportunity to explore and reflect on various subthemes.

Photos and videos of the various sessions, papers as supplied, jurisdictional reports and the conference report can be found on this page. 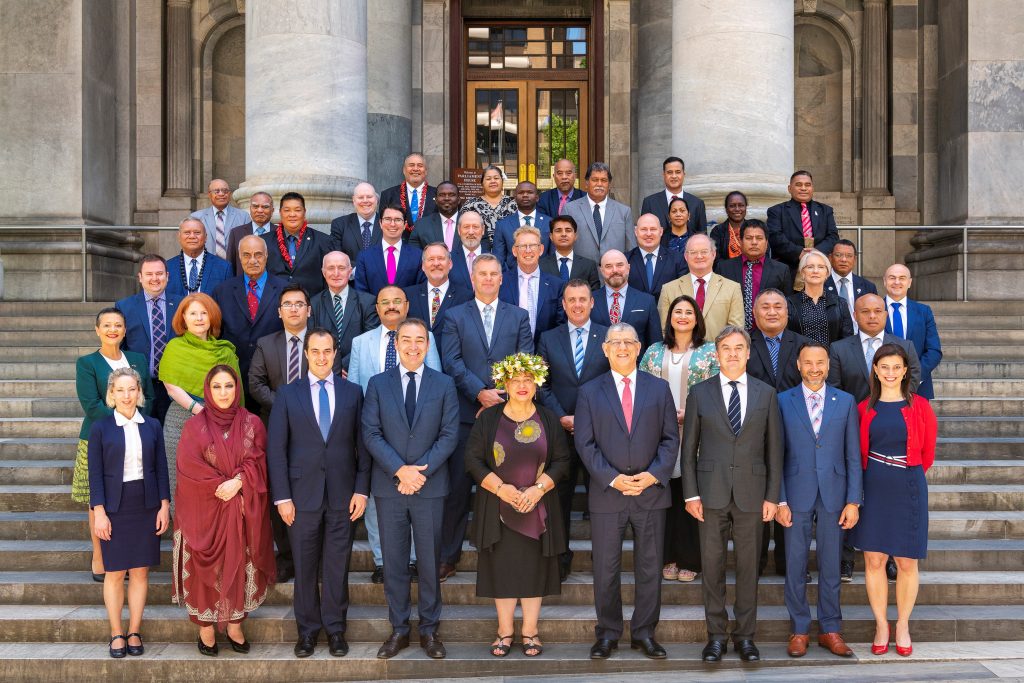 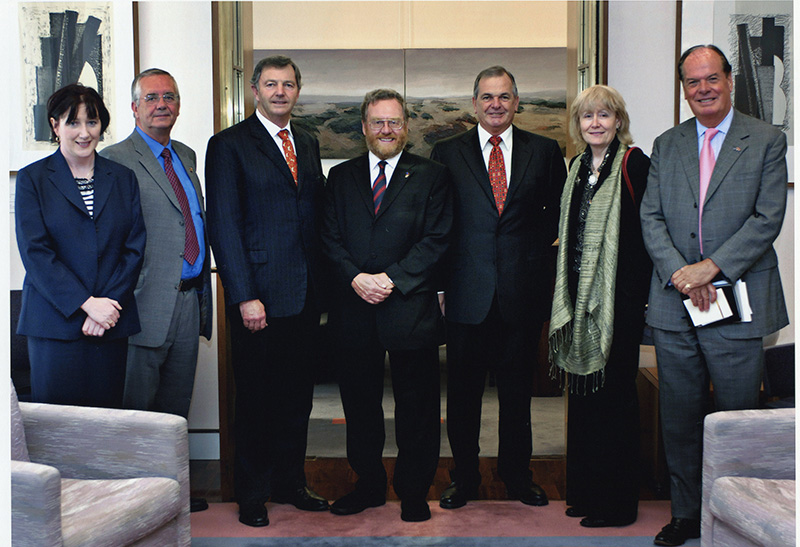 The 16th Commonwealth Parliamentary Conference was held in Canberra.

Your Excellency, Mr President, Mr Vice-Chairman, Leader of the Opposition, Mr Premier of Queensland, Mr Speaker and Parliamentary Colleagues: Yesterday at a social occasion I welcomed you here to Australia and extended wishes for the success of this Conference. Now that you are met in the Chamber in which your deliberations will take place, I extend again on behalf of the Government of Australia, and I believe I can say on behalf of all Australians, our best wishes for the success of your deliberations in our country.

You have much of which to speak, and yesterday you had to listen to much of what we had to say. I think that on this occasion, so that you can get on with what you will make your business, I will merely say some few sentences in welcoming you to this Chamber and to your work in it. But if those sentences are short, that is not to be taken as an indication in any way that the strength of feeling behind them is not strong and that the welcome is not very genuine.

It is not for me to repeat what was said yesterday, and what His Excellency expanded on today, but I feel that at this and succeeding conferences much will depend that will affect the future of the world.

In all the diverse nations of which His Excellency has spoken and which meet here, there does lie hope and I believe this Conference and this Commonwealth Association will be successful as long as it never seeks to turn itself into a mini-United Nations, as long as it never seeks to pass resolutions which purport to be binding on all the members present, as long as it ‘ keeps to its charter of, bringing together Parliamentarians for discussion of problems and for meetings of people from the various countries of the Commonwealth.

And now if I can say this without anybody seeing any political implications in it I quote “Let observation with extensive view Survey mankind from China to Peru” and this, indeed, is what this Commonwealth of Nations will be doing, spread as it is across the world, and the possibility of being a force for good across the world. 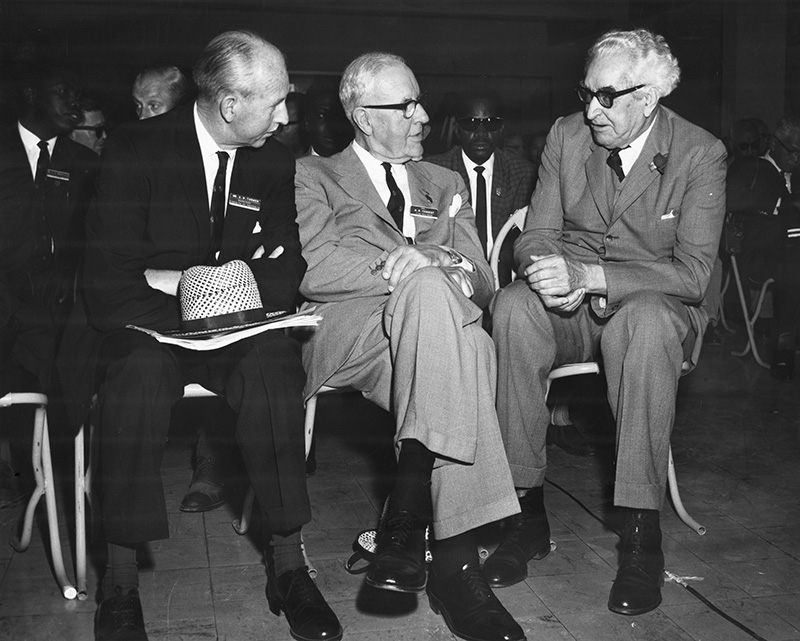 The Clerk of the Australian House of Representatives, the Vice Chairman of the CPA General Council (member of NZ Parliament) and Jamaican Prime Minister arriving at the 10th CPA Conference in Kingston, Jamaica

The 6th Commonwealth Parliamentary Conference was held in Canberra.

The Western Australia branch of the Australia Region was established in 1925. 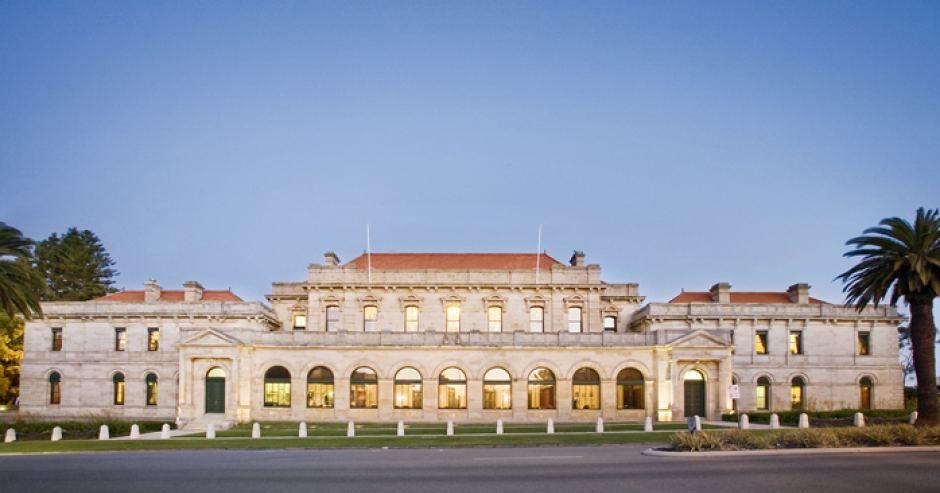 At a meeting of Members of the Western Australian Parliament convened by the President of the Legislative Council (Hon. Sir Edward Wittenoom, K.C.M.G., MLC) and the Speaker of the Legislative Assembly (Hon. Thomas Walker, MLA) on 17th December, 1925, it was unanimously decided to form a Branch of the Empire (now Commonwealth) Parliamentary Association. 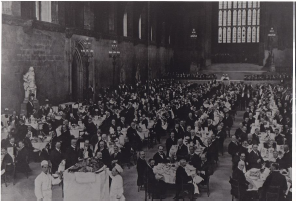 The Empire Parliamentary Association was founded at a meeting on 18 July 1911 in what was then House of Commons Committee Room 15 in the Palace of Westminster. As well as Members of the UK Parliament, the meeting was attended by representatives of the Parliaments of Australia, Canada, New Zealand, Newfoundland and South Africa.